There’s no getting around the fact that silver fillings are neither silver, nor pretty. You can’t help but notice them when one of your friends or colleagues is laughing. Having someone’s tooth decay history laid out in front of you whenever they laugh is grimly fascinating perhaps, but also rather off-putting. Maybe your amalgam fillings are stopping you laughing as much as you’d like because you are acutely aware of having your own fillings on display.

Well never fear, help is hand with changing from silver to white fillings in Harley Street. White fillings have been around for quite a long time now and have improved in quality so that now the material used is as good as, maybe even surpasses, the old-fashioned silver filling. 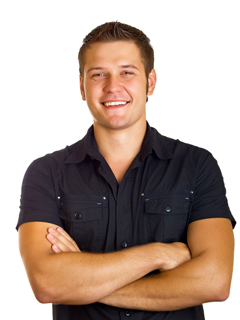 White fillings are more expensive than silver (which aren’t silver, but mercury amalgam), but you get so much more for your money.

Let’s take a look at the advantages of white fillings.

Tooth-coloured: white fillings blend in with your teeth, so that no one need even know that you have had a filling, or two, or ten. You can banish the glint of mercury amalgam by having all your fillings replaced.

Tooth-shaped: white fillings are made of a material that can be sculpted by your dentist here at Harley Street Dental Clinic, so that your tooth still has all the right contours, which are so important for proper chewing and to take care of your jaw muscles.

Stronger teeth: because white fillings are bonded to your teeth in a process that builds the material up in layers, your filled teeth are much stronger than when they are filled with amalgam. Amalgam does not bond with the tooth, just packs it out, and it can result in a weaker tooth than can crack or break at a later date. White fillings are very durable.

Less sensitive teeth: white fillings do not make teeth more sensitive in the way that amalgam fillings can, so you can carry on enjoying hot drinks, cold drinks and ice creams without having to be wary.