Although it has not yet been proved that amalgam fillings, which contain mercury, have toxic effects upon the human body, increasing numbers of patients are requesting the dentist in Harley Street for an alternative to these ‘silver’ fillings. 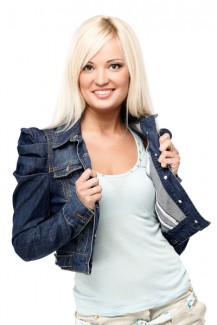 Amalgam fillings were the brainchild of a Parisian dentist called Auguste Taveau. In the 1820s, he combined silver-tin from French coins with mercury to invent amalgam, which is soft and malleable at room temperature. Amalgam became the preferred tooth filler. Before then, decayed teeth had either been extracted or drilled and filled with molten gold or silver, the heat from which killed the tooth.

There are several good reasons why amalgam has enjoyed almost two centuries as a tooth filling material. It is unaffected by saliva and blood while it is being put in place. It is easy to use, durable and inexpensive. The FDI World Dental Association’s says that amalgam is a safe filling material, and many other dental associations and public health agencies world-wide take the same position.

However, these days more and more patients are choosing tooth-coloured resin composites fillings, and in Harley Street, dentists are skilled in the use of this popular alternative.

Here at Harley Street Dental Clinic, we offer indirect ceramic restorations and resin-bonded fillings in place of amalgam fillings. We use these when filling a tooth for the first time, or to replace old amalgam fillings that have become cracked and worn over time.

Some patients even have all their mercury amalgam fillings replaced by their dentist in Harley Street. This may be because they prefer to have a mouth that does not display glints of metal when they laugh, or it may be because they believe they are suffering the symptoms of mercury toxicity. Scientists agree that mercury vapour is released from amalgam fillings into the mouth and therefore the body through the action of chewing, but its toxicity probably depends on the person and how sensitive they are. Pregnant women in the UK are advised not to have amalgam fillings in order to avoid harming the foetus.

Composite fillings are also better for the UK environment, where 5% of mercury emissions comes from dental mercury.